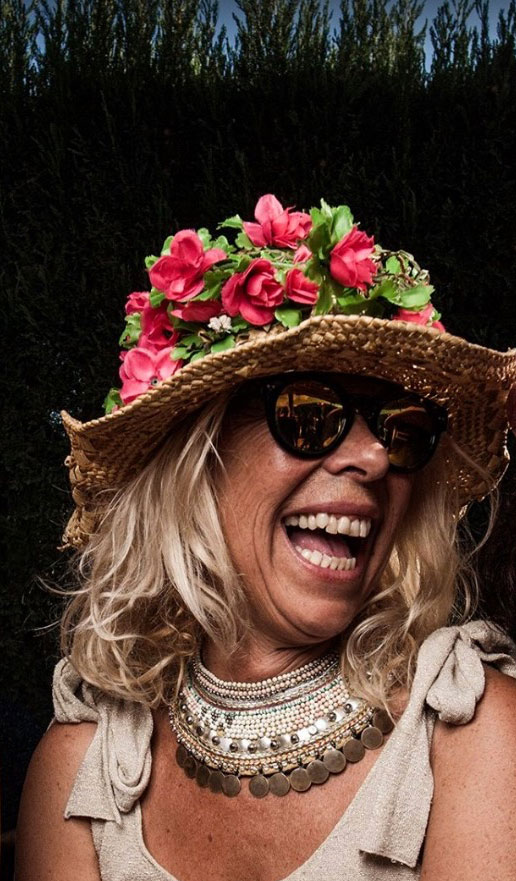 Berri Shulman-Hill has been a rock‘n’roll photographer and artist for over 40yrs. She was there at the start of Punk in the early ‘70s, documenting it from the side of the stage and and hanging with the likes of Paul Weller,The Clash, and the Sex Pistols.

She’s enjoyed many different creative paths like going Stateside to help set up a charity, spent time in India soaking up the culture and dabbling in interior design, created and manufactured a holistic range of beauty care products and an exotic oil based perfume… and then she rediscovers her first love – Art.

TIT TATT… Working with digital photo composition Berri has creatively combined images taken from actual tattoos, relocated them from the original flesh canvas into new visuals in the style of kitsch modern art.

TIT TATT is an inspiring body of work which, while featuring a playful cartoon like imagery.

The large images are perfect for uber cool, modern art admirers or someone you love who would appreciate something that will become a collector’s item. Berri moved to Ibiza in 2013 and was inspired by its magical, colourful, creative spirit of the people and the land itself.

The Baleares Island has a strong magnetic life force and the lunar calendar is observed by many of the residents. Berri decided to begin work on the THE STARS Collection, with its kitsch elements reflecting her love of style and fashion. Everyone has an Astrological Birth sign. We are THE STARS!

2015 began the creation of BERRi Bespoke HATS. This is a Collection for men & women who want to project a strong sense of style and decadence.

Each bespoke hat is individually created with jewellery, beading, chains, crystals, studs, feathers, beads. No two hats are the same! Made in Ibiza… and Funky is just Funky!!